In the Halloween party held on last Sunday, I had made a funny and healthy snack for kids.

That was the teeth made by apples and candyfloss!

I tried to make this because I thought that this was easy to make.

But I was wrong, this one required some techniques to make it well.

Most important, I had to find a way on preventing the apples turning brownish cos we would only eat the party food after playing games.

Thanks for Colors on the Wall (https://www.facebook.com/coloronthewallsetsy)! She taught me to sprinkle a little pineapples juice over the apples. The acid helps to prevent apples from turning brown.

This really works! I did that and the apples only turn a little brownish after two hour's game time.

When I cut the apples into slices, I found that cutting the apples horizontally, instead of vertically, could have lips in better round shapes. Because if you cut the apples vertically, the apple is wider on the top and narrower at the bottom. The lips shapes will look strange.

Originally, I thought that I could just use toothpicks at both ends of the teeth to fix the positions of the teeth. But I was wrong. When I did that, the teeth in the middle went in and out as the surface of the apple was wet and slippery.

Thus, finally, I used half toothpick to fix one tooth, and used two toothpicks to fix both sides of the mouth.

Fortunately, this looked great and the kids liked them!

How do you think about it?? 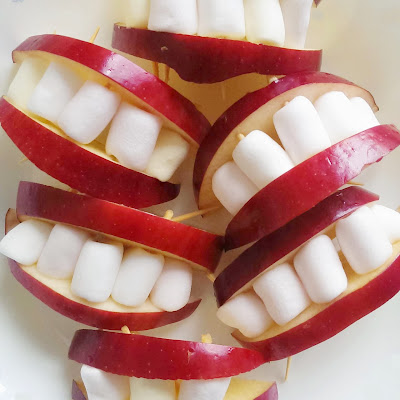 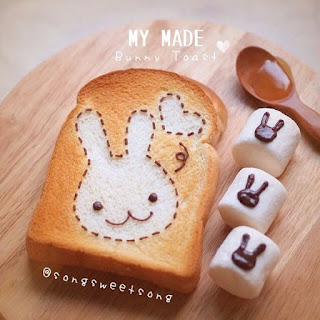